Oneness, Bliss, and Desire for Enlightenment 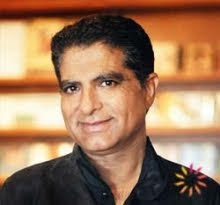 I understand and know that pure consciousness is not dual but One, and that you have to go beyond opposite values to experience oneness. All our emotions have opposites too, so does that mean we must get beyond all emotions? - and if we go beyond our emotions, doesn't that just make us indifferent? Does becoming enlightened mean becoming indifferent?

I also know that unconditional love is an expression of pure consciousness, because unconditional love is not an emotion, therefore has no opposite - it’s a way of being, allowing everything and everyone to be what they are - but what about bliss, pure consciousness is suppose to be bliss, but bliss is and emotion that has an opposite value doesn't it ? My final question is, is there a wrong reason to want to become enlightened? I for one want to try become as enlightened as possible, so I Never have to come back here.
I suppose these are almost childish questions, but anyway many thanks and much Love.

The oneness of pure consciousness is our own true Self. This Atman is described as Sat Chit Ananda- absolute bliss consciousness. Bliss in this context is not an emotion or feeling. As Maharishi used to say, “absolute bliss is not blissful.” That is simply a relative word that is used to describe the exuberance and effervescence of that state of awareness, even though the experience is non-relative. In and of itself, the Atman is beyond opposites, duality, thoughts, emotions, or desires.

The desire for enlightenment itself doesn’t matter as much as the transformation toward enlightenment that it brings. Even if our initial desires for enlightenment are egoistic or petty, as we move closer to self-knowledge and freedom, our desires change and will start to reflect the more universal and altruistic values that are consciousness is changing into. So it doesn’t matter so much how pure or enlightened our vision is initially, what matters is that we start where we are and move onward spiritually from there to the next level of knowledge and liberation. From there the process of awakening gains momentum and takes care of itself.

Deepak
*To view my blogs @Intent visit, www.intent.com/search/node/linda+larue
Posted by Linda LaRue at 8:10 AM 1 comment: